Writers LIVE!, our flagship author event series, returns for another season of bringing the community together with authors and their books. The 2023 line-up of bestselling, critically acclaimed, and award-winning authors will be discussing their work in a combination of in-person and virtual events.

Seating at in-person events is limited. Preregistration is strongly suggested.

Local independent booksellers will have featured titles available for purchase at in-person events. A percentage of each sale will be donated to the Friends of the Palm Beach County Library — directly benefiting library services and activities, supporting local business, and encouraging the love of reading. Whether for your home library or giving a perfect gift, all purchases are greatly appreciated!

Thank you to our Writers LIVE! 2023 retailers. Works from all Writers LIVE! 2023 authors are available for purchase. Support The Friends of the PBC Library and local business by shopping with our bookselling partners. Whether for your personal library or the perfect gift, you’ll be encouraging the love of reading and contributing to library activities and services throughout Palm Beach County. 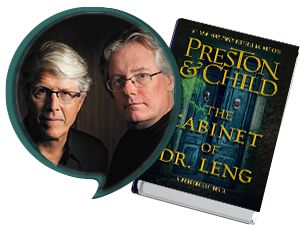 The thrillers of Douglas Preston and Lincoln Child "stand head and shoulders above their rivals" (Publishers Weekly). Preston and Child's Relic and The Cabinet of Curiosities were chosen by readers in a National Public Radio poll as being among the one hundred greatest thrillers ever written, and Relic was made into a number one box office hit movie. Click here to learn more!
Check out more work from this author 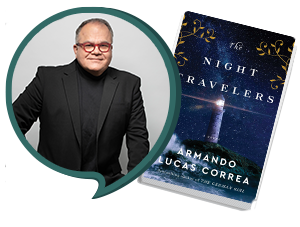 Armando Lucas Correa is an award-winning journalist, editor, author, and the recipient of several awards from the National Association of Hispanic Publications and the Society of Professional Journalists. He is the author of the international bestseller The German Girl, which is now being published in thirteen languages. He lives in New York City with his partner and their three children.
Check out more work from this author 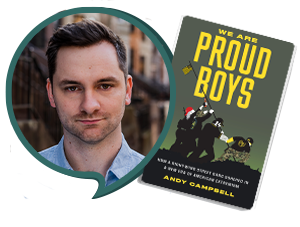 Andy Campbell, an investigative reporter for HuffPost and an expert on American extremism, is one of the leading reporters covering the Proud Boys, and his new book, “We Are Proud Boys: How a Right-wing Street Gang Ushered in a New Era of American Extremism,” tracks the group’s origins, details its playbookand provides insights on stopping the spread of radicalism in America. He is currently based in New York, where he works on the breaking news desk at HuffPost. Previously, he worked for The Brooklyn Paper and New York Post.
Check out more work from this author
Twitter:@AndyBCampbell 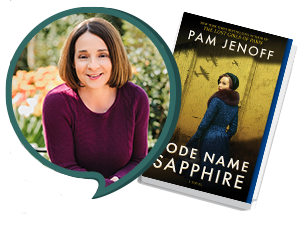 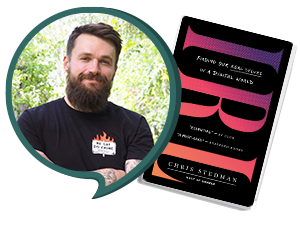 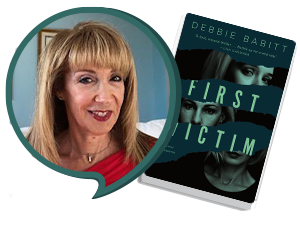 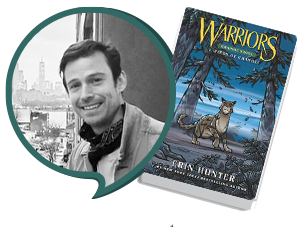 James L. Barry has been involved with a variety of projects while working as an artist. He is the long-running illustrator for the bestselling “Warriors” graphic novel series and exhibited at the Museum of Comic and Cartooning Art. As an editorial cartoonist, James spent two years as staff illustrator for the popular New York City nightlife guide, Next Magazine, contributed dozens of celebrity caricatures to Entertainment Weekly and continues to create art for his community. James is also a busy storyboard artist, sketching commercial concepts and shooting boards for a variety of international brands including Target, Budweiser and Pepsi.
Check out more work from this author 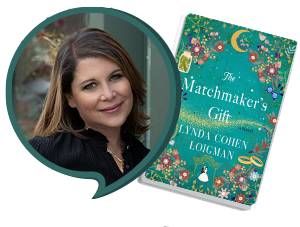 Lynda Cohen Loigman graduated from Harvard College and Columbia Law School. Her debut novel, “The Two-Family House,” was a USA Today bestseller and a nominee for the Goodreads 2016 Choice Awards in Historical Fiction. Her second novel, “The Wartime Sisters,” was selected as a Woman's World Book Club pick and a Best Book of 2019 by Real Simple Magazine. Her third novel, “The Matchmaker’s Gift,” was named a Best New Book by People Magazine and a Best Book of Fall by the New York Post, Parade Magazine, Buzzfeed, and GoodMorningAmerica.com.
Check out more work from this author 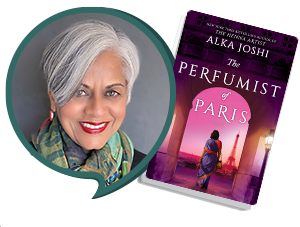 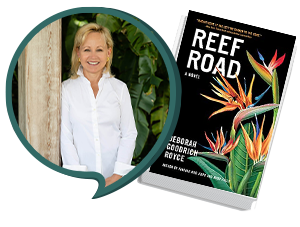 Deborah Goodrich Royce began her career as an actress, on the ABC soap, “All My Children.” She went on to star in several feature films, TV movies and series such as “Beverly Hills 90210” and “21 Jump Street.” She worked as a reader for le Studio Canal Plus in Paris as well as the story editor at Miramax Films in New York. There, she oversaw readers, manuscript acquisitions and script development, editing notable screenplays. Deborah won a grant from the Massachusetts Arts Council in 2002 to develop and workshop their original screenplay, “Susan Taft Has Run Amok.”
Check out more work from this author 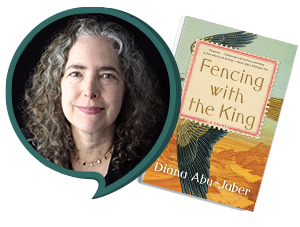 Winner of the PEN Center Award for Literary Fiction, the American Book Award, a finalist for the PEN Hemingway Award, and winner of the 2012 Arab American National Book Award, Jordanian American author Diana Abu-Jaber is celebrated for her lush and evocative explorations of place and identity. Her breakthrough novel, “Fencing with the King”, is no exception—it is an intoxicating journey of discovery of family, self and homeland. Learn more at dianaabujaber.com
Check out more work from this author